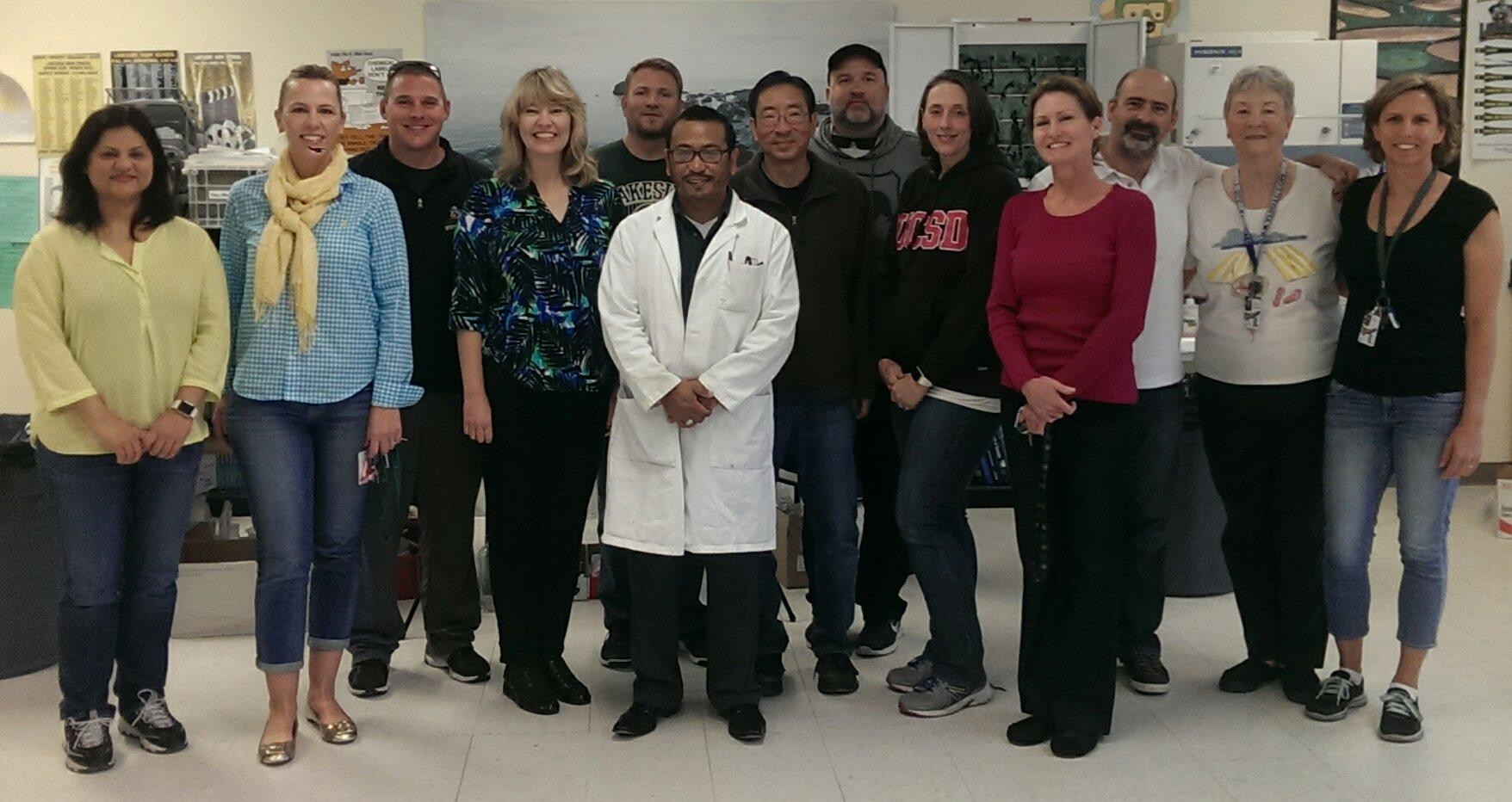 CONGRATULATIONS ARE IN ORDER!

at University of California, Riverside

The Science Department wants to officially recognize Mr. Henry Shimojyo for the great impact he has had on our department and on the school as a whole. Mr. Shimojyo has taught Chemistry, Honors Chemistry and AP Chemistry here at Lakeside for the past nine years. He has been instrumental in increasing the number of labs students participate in and in our department’s adoption of the Science Interactive Notebook as tools in teaching students about their world. He worked with the Mad Scientist Club where he helped students win multiple awards and grants, which allowed them to enter new contests. The LEUSD Board applauded Mr. Shimojyo’s positive influence on the culture of Lakeside High School. At his farewell party Mr. Shimojyo encouraged the department to base collaboration time towards student success and learning via the Science Interactive Notebook. “Even though we teach a variety of subjects it is the notebook which unites us as a team.”